FN Herstal will be exhibiting the legendary firearms and state-of-the-art technology that continues to position it as one of the world’s foremost and most innovative firearms manufacturers at the LAAD Defense and Security Exhibition 2015, Brazil. For 125 years, FN Herstal has provided generations of military, special forces and law enforcement agencies with firearms that give them a clear advantage in any engagement. This proud tradition is set to continue long into the future.

Designed in the final years of World War I, the legendary Browning .50 cal (12.7mm) heavy machine gun (HMG) continues to be regarded as one of the finest firearms ever made. Famous small arms innovator John Moses Browning worked closely with FN Herstal, who has produced many different models of the weapon since the 1930s, with a simple but most welcome modification in the 1980s – a Quick Change Barrel (QCB). This enables soldiers to quickly, easily and safely change the barrel without assistance, providing them with better protection in the heat of battle. Any in service M2HB machine gun, of FN Herstal or US origin, can be converted by an armorer to feature the FN QCB™. The FN QCB™ configuration’s durability also reinforces FN Herstal’s reputation for reliability and effectiveness in everything it develops. Tens of thousands of the FN QCB™ configuration are in service around the world today.

Another legendary firearm on display will be the 7.62x51mm FN MAG® General Purpose Machine Gun (GMPG), originally designed and manufactured by FN Herstal. Since it was first adopted in 1958, the FN MAG® has been used by over 230,000 units in over 90 countries around the globe, including a vast majority of countries in Latin and South America, USA, UK and France to name just a few. It continues to set the standard for 7.62x51mm NATO caliber GPMGs for accuracy, reliability, and durability. While deployed under many different names (e.g. MAG58, M240, L7A2, C6, Ksp58) and different configurations, the FN MAG® – now also available with a polymer buttstock for fast and efficient NBC decontamination, integrated top rail and optional side rails for add-on accessories – is regarded as the general purpose machine gun of choice for armed forces worldwide.

At LAAD 2015 FN Herstal will also be showcasing the latest enhancements for its FN MINIMI® Light Machine Gun (LMG). First available in 5.56 cal in the early 1980s and in 7.62 cal since mid 2000s, this dominant LMG has continued to evolve, largely due to its heavy use by both US and NATO forces in the first Gulf War, in Afghanistan, and in Iraq. Based on real world feedback from actual combat experience, rather than tests on a firing range, FN Herstal has perfected the FN MINIMI®’s ergonomic shape and use with accessories that further enhance its functionality to meet the latest operational demands.

In addition to its firearms, attendees at LAAD will be able to see FN Herstal’s FN 303® Less Lethal system. This provides law enforcement and security agencies with the means to control threats without lethal force. The FN 303® system features a less lethal launcher and dedicated projectile for reduced risk of injury and/or collateral damage. With no minimum safety distance and a range of up to 50m, the FN 303® is one of the most proven and
safe situation control system in the world.

At LAAD 2015, FN Herstal will also have on display:

• The FN SCAR® family of 5.56 and 7.62 assault rifles, with optional underslung or stand-alone 40mm grenade launchers, and 7.62 precision rifles.

• Podded and pintle-mounted weapon systems for airborne applications, equipped with the exclusive .50 cal FN M3™ machine gun (firing 1,100 RPM) or 7.62mm FN MAG® machine gun, and fitted to over 3,000 helicopters and subsonic aircraft across the world.

• deFNder® Medium remote weapon station. This can house any FN machine gun from 7.62mm to .50 cal, and 40mm AGLs. A naval variant is also available.

• Laser range finders developed by NOPTEL, a Finnish subsidiary of FN Herstal. These can be attached by OEMs to a wide range of fire control systems, remote weapon station cameras, and other military products to provide advanced optronic capabilities.

If you are attending LAAD 2015, you can view all of FN Herstal’s legendary firearms, state-of-the-art enhancements, and innovative weapon systems up close at exhibition stand 4-K69 (Belgian Pavilion). If you are unable to attend LAAD 2015, please visit www.fnherstal.com to find out more about FN Herstal’s state-of-the-art product line and comprehensive support services. 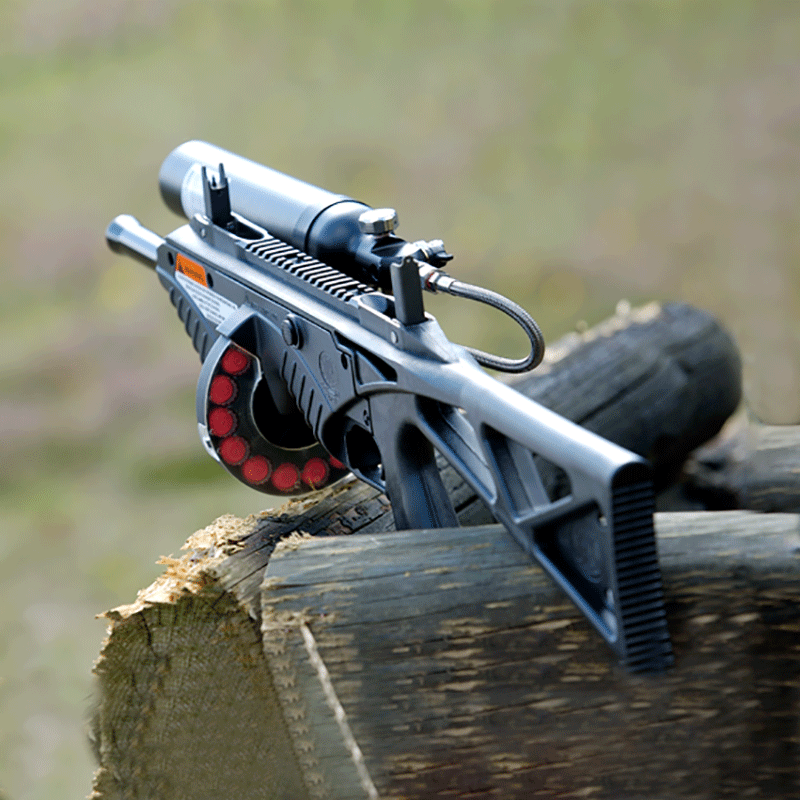