Belgium-based FN Herstal, one of the world’s leading firearms manufacturers, will be exhibiting its full portfolio at this year’s Defense and Security Equipment International (DSEI) exhibition, 15-18 September London, UK. The 32,000 attendees will have an opportunity to see firsthand the state-of-the-art and innovative firearms that have firmly established FN Herstal as a global leader in the defense and security industry.

Over the last 125 years FN Herstal has grown to become a truly global company. Already established in the USA since the early 1980s through its recently renamed subsidiary FN America(1), FN Herstal has expanded in recent years with the acquisition of Manroy Engineering in the UK and Noptel, a Finnish company specialized in optoelectronics. These branches have enabled FN Herstal to constantly develop its customer base in defense and security sectors and to expand its range to include technologically advanced solutions designed around portable, small caliber firearms and associated ammunition.

FN SCAR® family of 5.56 and 7.62 assault rifles – The FN SCAR® is the rifle of choice for the world’s most demanding combat units, including amphibious teams that need to fire immediately upon exiting water, and special forces, along with regular army and law enforcement officers. It can be fitted with a quickly interchangeable standard or CQC barrel, and an optional underbarrel or stand-alone 40mm LV grenade launcher. The FN SCAR® family also includes a 7.62mm precision rifle, this can be used as a Marksman Rifle or Sniper Support Rifle.

FN MINIMI® (5.56 or 7.62 caliber) – The new Mk3 version improves on the ergonomics of the world’s most deployed machine gun.

Alongside the conventional firearms on display will be the FN e-NOVATION™ range. This integrates modern and cutting-edge technology, such as optoelectronic modules, into small firearms to provide enhanced combat capabilities and enhanced maintenance and logistics management.

Fire Control Unit for 40mm grenades – Compatible with any rifle, grenade launcher, or portable anti-tank weapon and developed in collaboration with Noptel, the FN FCU™ vastly improves the hit probability of grenades, day or night.

Laser Range Finders (LRFs) – Designed and developed by Noptel, LRFs will also be on display within the FN e-novation™ line at FN Herstal’s booth. This military-proven technology is available for integration by OEMs in long distance mobile or static measuring systems, fire control systems or cameras/imagers for weapon stations and turrets. Full capabilities will also be on show at Noptel’s booth, Finland pavilion, N3-455.

Smart Shot Counters for machine guns (FN SmartCore®) and for rifles (FN REC™(2)) – Automatically record the number of live rounds and blanks fired with absolutely no impact on the user’s mission. It acts as an electronic logbook of the maintenance history of the firearm and other user defined information. With its dedicated software, users are able to identify when the firearm requires maintenance or whether parts soon need to be replaced, thus ensuring its reliability in the heat of battle. Using these combined capabilities provided by FN Herstal definitely improves weapon maintenance and logistics management at armorer’s level.

Additional FN e-novation™ products are constantly under development to further enhance the capability and reliability of firearms. FN Herstal’s representatives will be on hand to provide further details.

Another market in which FN Herstal is a leading player is in LESS LETHAL solutions. The FN 303® less lethal system launches specially designed projectiles using compressed air (shoulder-fired FN 303® less lethal launcher) or carbon dioxide (compact, pistol-size FN 303 P™), and no pyrotechnics. It temporarily neutralizes targets with maximum stopping power and pinpoint accuracy yet with minimum risk of serious injury or collateral damage. FN Herstal will be displaying these for attendees to see a specialized less lethal response option. The FN 303® can be used for a large number of missions: crowd control, domestic violence, security in prisons and detention centers, peacekeeping missions, interventions in areas and situations where firearms should not be used (near flammable substances for instance), and more.

At the other end of the spectrum are FN Herstal’s INTEGRATED WEAPON SYSTEMS for air, land, and sea applications. This includes the FN MDP™ Turning pintle-mounted weapon system for military helicopters. This can house a selection of firearms, including the 7.62mm cal FN MAG®/M240 machine gun and the .50 cal FN M3M™/
GAU-21. This system is door-mounted and can quickly be stowed within the cabin. Also on display will be the FN RMP™ pod for military helicopters. The FN RMP™ features the .50 cal FN M3P™ machine gun and three launch tubes for 2.75’’ rockets.

Another weapon system in the range is FN Herstal’s newly developed Sea deFNder®. This is a remote weapon station for maritime operations and can be viewed onboard the Belgian Navy’s Castor coastal patrol vessel in the Royal Victoria Dock at DSEI. A ship visit can be arranged upon request.

To take advantage of the rare opportunity to see all of these firearms, weapon systems and more, visit FN Herstal at the DSEI exhibition in Belgian Pavilion N3-623, and see firsthand why it is a global leader in the defense and security industry. 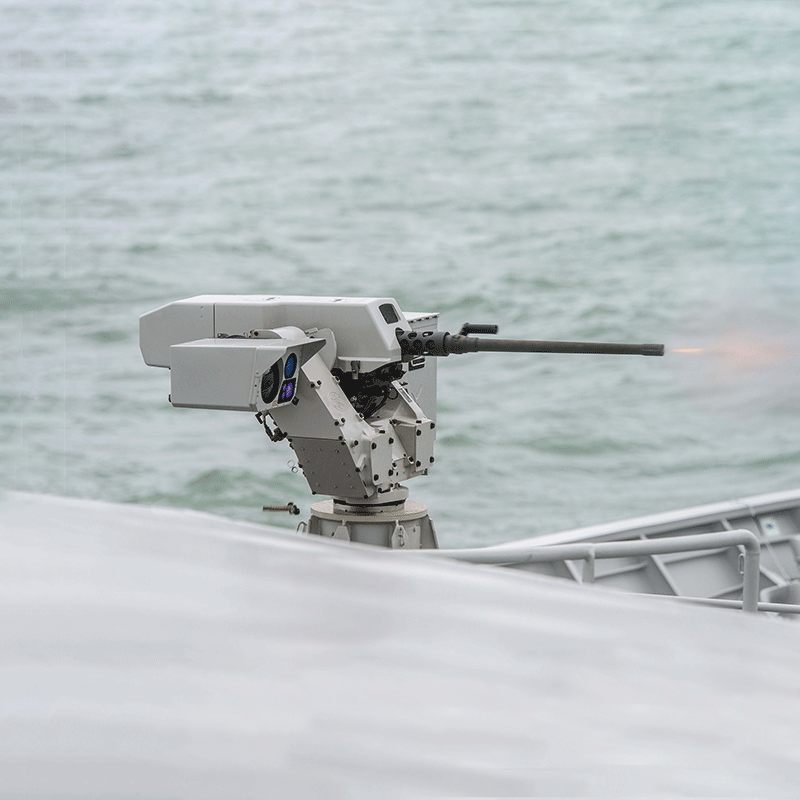