For 130 years, FN Herstal has provided generations of Defense and Security Forces as well as Special Units, with firearms that give them a clear advantage in any engagement. This proud tradition is set to continue long into the future.

FN Herstal, world leader in the design and manufacture of small arms, will present its latest products at EUROPOLTECH 2019 to be held in Warsaw between 8-10 May.

The FN SCAR®-SC subcompact carbine in 5.56x45mm / .223 is now joined by a 7.62x35mm / .300 BLK caliber version. Coming standard with a telescopic buttstock, either gives the users the choice between a wide range of other buttstocks, and many accessories to meet their specific needs. Just like the 5.56 and 7.62 rifles of the FN SCAR® family, the FN SCAR®-SC is now available with either a receiver with Picatinny side rails or a KeyMod receiver.

The FN SCAR® rifle can integrate an underslung FN40GL® grenade launcher for additional power, this will also be shown at EUROPOLTECH. Fully ambidextrous, the 40mm grenade launcher is fast to assemble and disassemble. Accepting standard and longer grenades, the chamber, from which grenade cases can be extracted and automatically ejected, is also easy to inspect. Optimized ergonomics and handling are guaranteed, both the rifle and grenade launcher triggers can be pulled without changing hand position. The FN40GL® adds no length to the overall rifle, and can also be configured as a stand-alone launcher using the appropriate buttstock assembly.

When combined with the FN® FCU Mk3 Fire Control Unit for 40mm LV/MV grenades (also to be seen in Warsaw), the hit probability of the 40mm grenade system in defense and security operations can be dramatically increased. The FN® FCU Mk3 can be fitted onto any rifles or carbines – such as the FN SCAR® assault rifle featuring an underslung grenade launcher -, onto stand-alone launchers such as FN40GL®-S, or onto multi-shot grenade launchers.

The 7.62 FN SCAR®-H PR precision rifle will also be present on booth.

At EUROPOLTECH 2019, FN Herstal will also have on display:

The FN Herstal product range dedicated to Law Enforcement and Security agencies and Special Groups can be seen on the Griffin Group S.A. Defence Booth I.48 during EUROPOLTECH 2019. 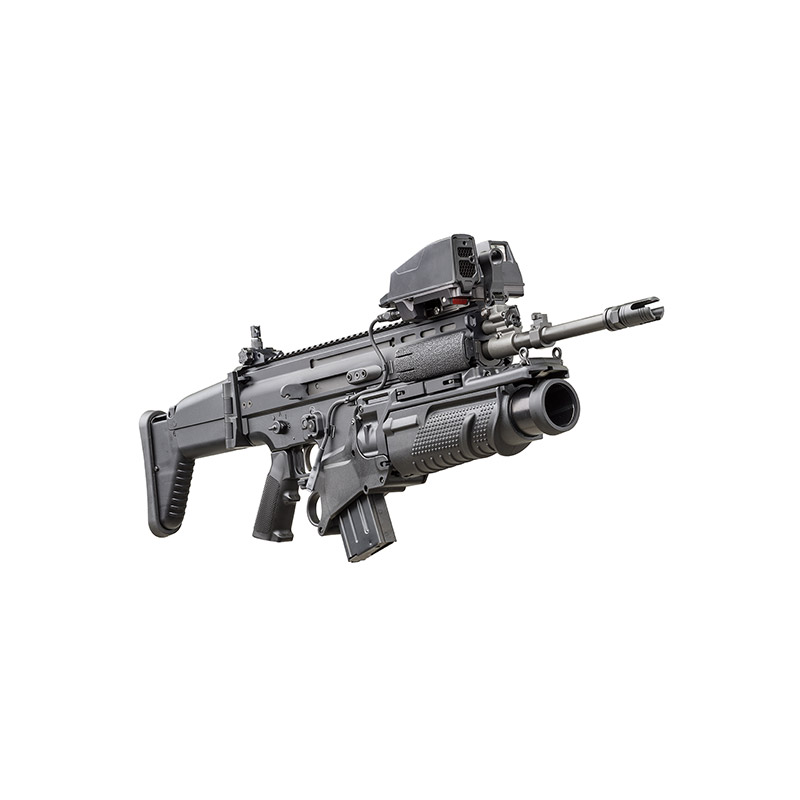