FN Herstal, the global leader in kinetic less lethal solutions thanks to its proven and proprietary FN 303® technology, expands its product offering with the compact and highly modular FN 303® Tactical less lethal launcher. This innovation will be showcased at the DSEI international trade show, London, from 14 to 17 September 2021.

Defence, Law Enforcement and Security forces are likely to face aggressive, violent or hostile people who are not carrying firearms. In these situations, they must be able to deliver an appropriate response without using lethal force.

The FN 303® less lethal system, designed around an impact projectile and a dedicated shoulder-fired launcher, enables temporary neutralization of an individual or a group of individuals with maximum effectiveness and minimum risk of serious or permanent injury or collateral damage. Alongside the already long-proven FN 303® less lethal launcher (now Mk2 version) that has been selected by over 40 countries worldwide so far, the new FN 303® Tactical less lethal launcher, designed based on global end-user feedback, provides a highly modular and compact solution whilst retaining the same terminal effects as the original FN 303® up to 30 meters.

Compact and highly modular are key words for the FN 303® Tactical less lethal launcher. The customer has the choice between various buttstock types and various pistol grips that are easily and quickly interchangeable. A lateral Picatinny type rail on the left side allows mounting of accessories such as a tactical lamp or laser pointer.

The FN 303® Tactical with its foldable, length and height adjustable buttstock does not exceed 508mm in length when folded, while still allowing projectiles to be launched. This makes the FN 303® Tactical perfect for interventions in confined spaces.

Just like the original configuration, the FN 303® Tactical uses compressed air from a detachable and refillable bottle to launch FN 303® projectiles semi-automatically from a 15-round magazine, which allows rapid multiple engagements with no recoil, no noise, no flash and no pyrotechnics. 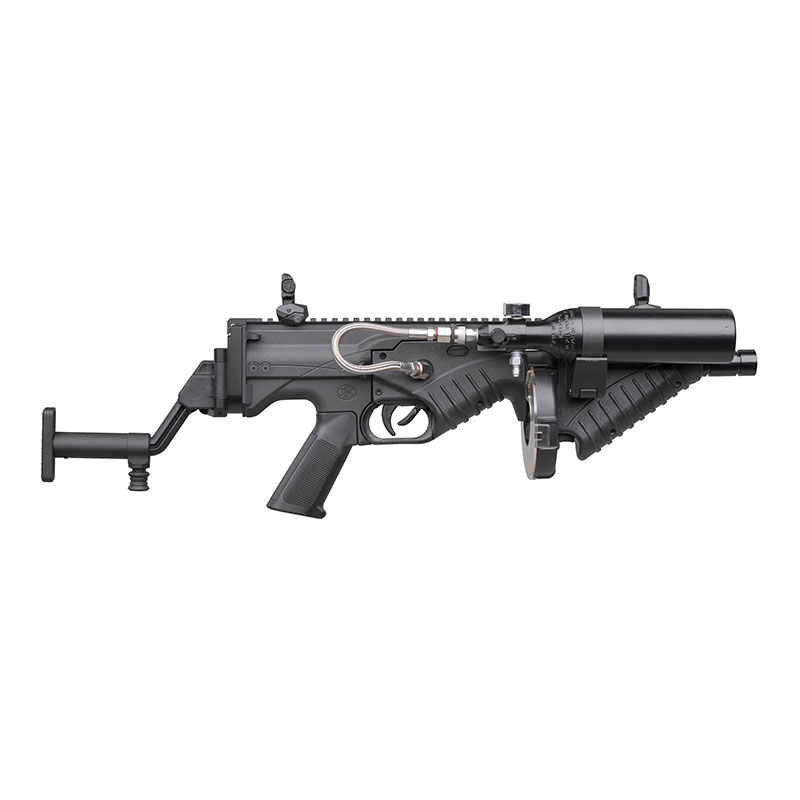